Unemployed? Looking for a new job? 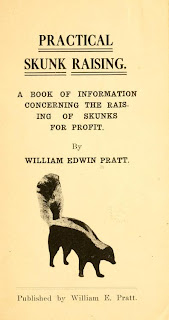 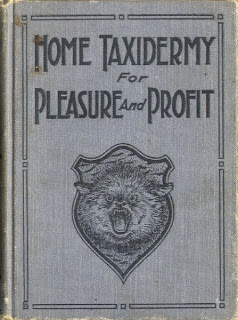 Or, maybe you just need some extra cash? 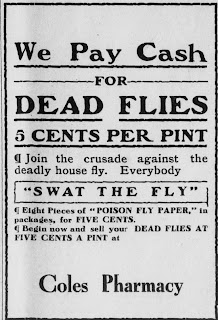 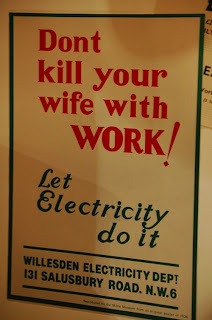 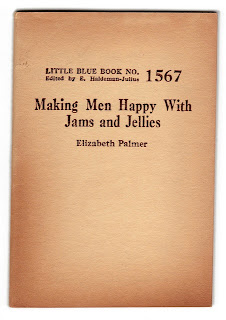 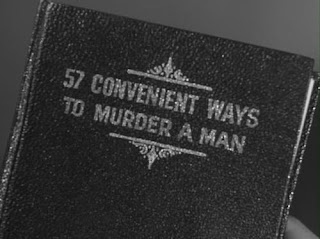 A rare and poignant memento mori photo of a dog: 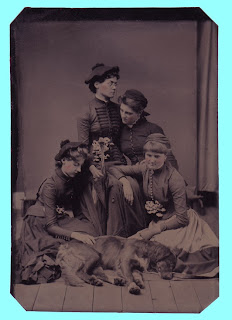 The Dog's Cemetery, Hyde Park, London - from my personal collection: 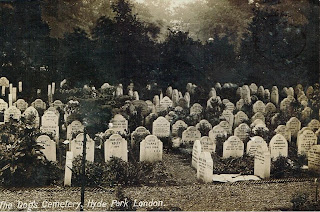 Another rare piece, a memento mori cameo of a greyhound:

From The Vault: Walpurgisnacht!

As you stand under the darkened sky tonight, you may hear the rushing of bird or bat wing overheard, or the momentary blotting out of a constellation or two as they take flight.

On this night though, those are neither bird nor bat, for tonight - the sky is full of witches.

The 30th day of April is no ordinary night, however. Tonight is Walpurgisnacht - witch's night. 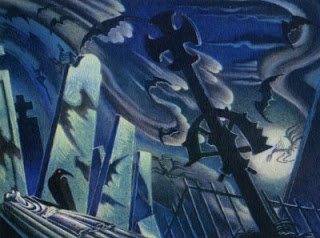 For many of us, our ancestors fervently believed in the stereotypical witches of old. Legally defined as an individual who voluntarily entered into  a pact with the devil, flew on a broom stick - or, according to varied customs and geography, travelled on the backs of goats, wild cats and rather unfortunate men. A witch's business would be exclusively conducted during the hours when darkness reigned. This "business" would consist of killing and feasting on children. In between meals of Jr. cheeseburgers, tater tots and baby back ribs they took a moment or two to desecrate a few Christian symbols.

It was unquestionably understood that witches lived among us, ever cunning and watchful.  The good Christian, or at least those wishing to appear as such, lived their lives at the mercy of this belief. One must be ever vigilant and abide by the many rules and rituals that helped to safeguard the good men and woman of God. Extra care and protections were even more necessary on Walpurgisnacht  - the night that belonged to the witch.

But, how did witches' night come to be? No one is certain and the day has been influenced and molded by many countries, cultures and spiritual beliefs through the centuries. 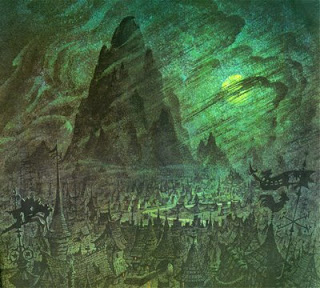 Celts referred to this eve of May as Cet Samhain - the opposite of Samhain or Halloween, as April 30th falls exactly six months after Samhain. It is believed on these two nights the veil between the worlds separating the living and the dead, the seen and the unseen thins; allowing  devils, demons and witches to mingle openly among us as they travel to their meeting places. Many of them will be on their way to The Broken, the highest mountain peak in the Harz mountains, surrounded by a deep, dark and wild forest that is often shrouded in thick mists.

May 1st, or Mayday, and All Soul's day, November 1st, are known as cross quarter days, as they roughly fall between the equinox and solstice - a crossroads of the year as it were. Since the days of ancient Greece it is Hecate, goddess of witchcraft, who stands guard at the cross roads. There an unwitting traveller was likely to encounter ghosts and mischievous elementals, mysterious lights and music, witness the celebratory cavorting of witches and other beasties and even be in danger of permanently loosing his shadow. 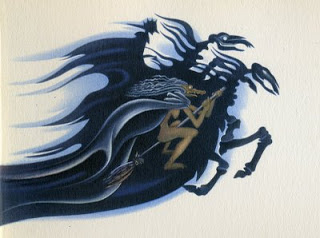 In many european countries it is Holda who rules the skies this night, as she files over their Spring fields with a hoarde of unbaptized children.

Or the sorceress Walburga, who hides among the newly growing things in the fields or even inside the grains of wheat themselves.

In France there is Dame Blanche, accompanied by her entourage of cats and owls. This white lady haunts bridges, watery, thorn filled ditches and smaller waterways. Incur her wrath and she will push you over a cliff, adorn your flesh with thorns or simply allow her kitties to devour you. 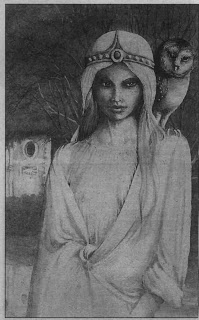 As previously mentioned there are many Springtime festivals that, throughout history, have contributed and influenced Walpurgisnacht. The Roman's Floralia - the Medieval forest battle waged between King Winter and the May Queen. As dawn approaches, the queen is triumphant and human sacrifices were burned. In later years, human like figures made from straw are thrown to the flames. Such rituals were practiced as a guarantee of wealth health and prosperity. To forego them would mean certain doom for you, your family, your livestock and crops.

Livestock were adorned with bouquets of herbs in hopes of repelling mischievous fairy folk. Exits and entryways were protected in a similar vein - sometimes with crosses fashioned from the magical rowan or hawthorn tree.

In parts of Eastern Europe pitchforks of hay were set ablaze and waved about. In scotland great bonfires were set in each village, while everyone danced around the fire commanding the flames to rise high enough to bourn the witches flying overhead.

A familiar and common practice the world over was noisemaking, to scare away evil spirits, demons and witches. These practices are still common everywhere from China with it's fireworks, North American's with our traditional trying of cans to a newlyweded couple's car, to Western Europe with the reveling and banging of pots and pans. These, along with pounding wooden boards on the ground, ringing church bell and the firing of guns. 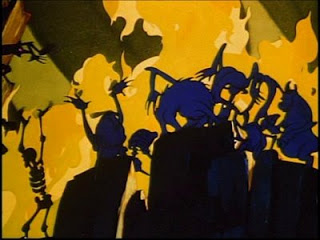 Homes should be protected against witchcraft and deviltry as well. All brooms should be hidden away on Walpurgisnacht, lest a witch come and take it from you. Of course, never allow a strange woman who knocks on your door in the house. Instead, keep her busy by commanding her to count every blade of grass beyond your doorstep before you grant entry.

My own definition of a witch is a woman who wields wisdom, femininity, strength and knowledge - all qualities equaling power - a magic in and of itself. This Walpurgisnacht, I ask you to remember, honor and respect witches and their place in the world, in our imaginations and most importantly, in ourselves.


****
Artwork displayed is conceptual art from Disney, created for the film Fantasia.
No comments: 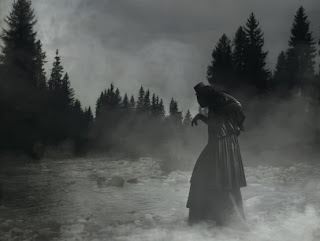 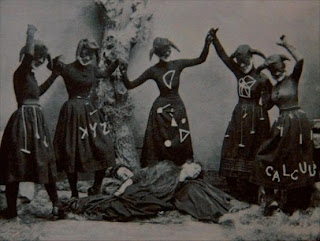 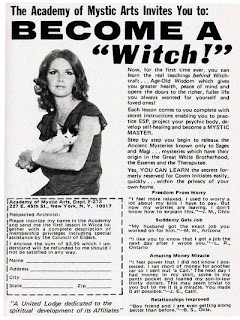 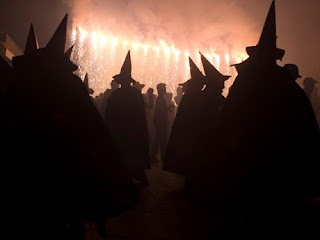 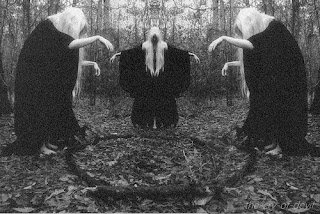 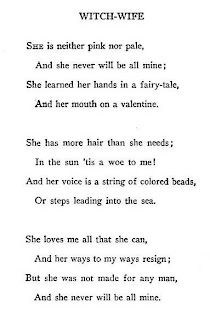 Swingin' at the Seance

A playlist for your seance tonight. You're welcome. 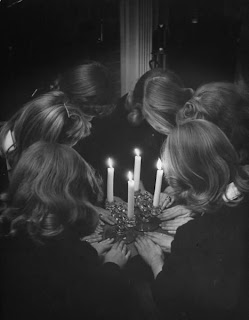 Swingin' at the Seance Mix.
No comments:

Most Terrifying Cause Of Death In The History of EVER